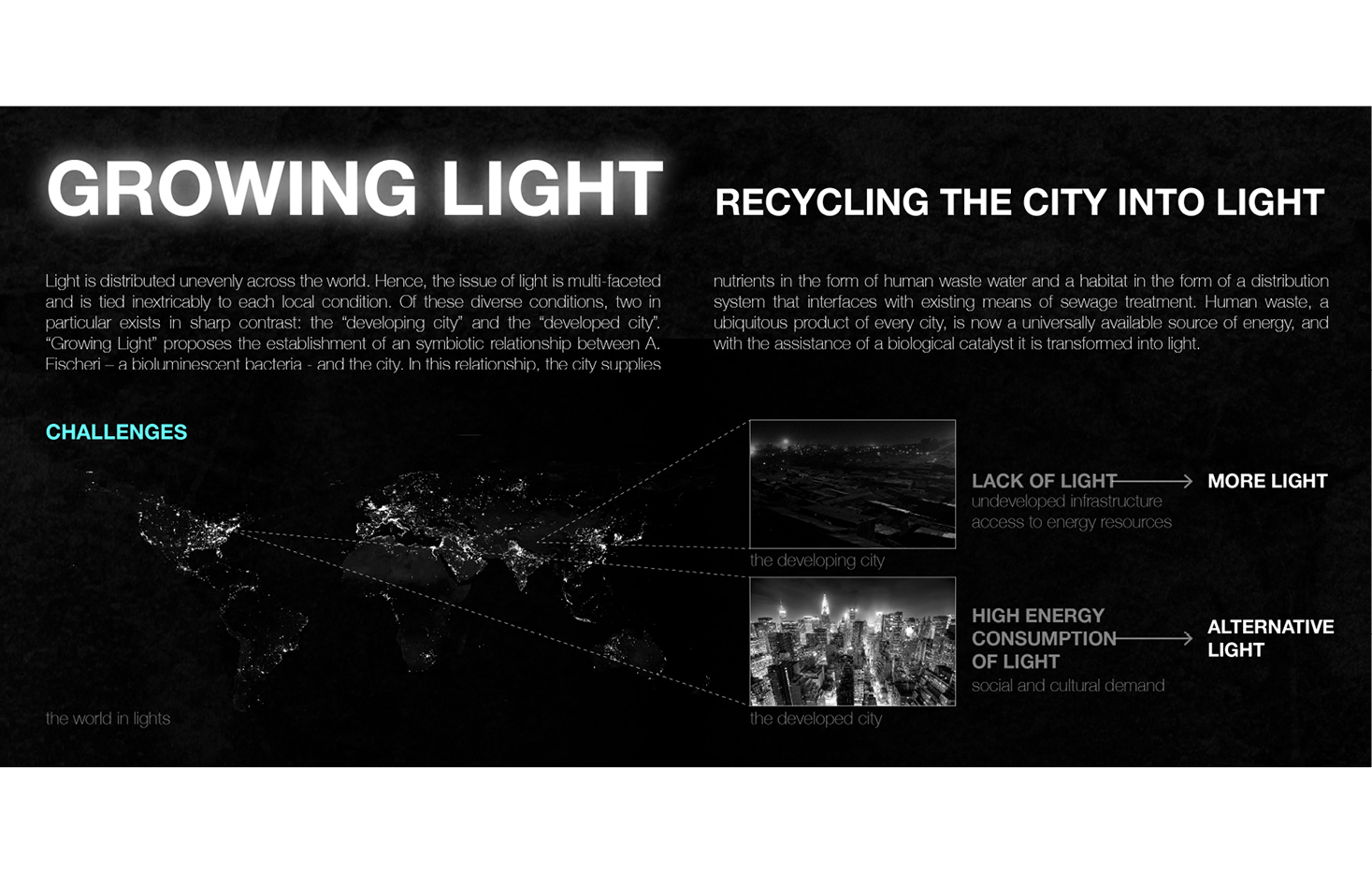 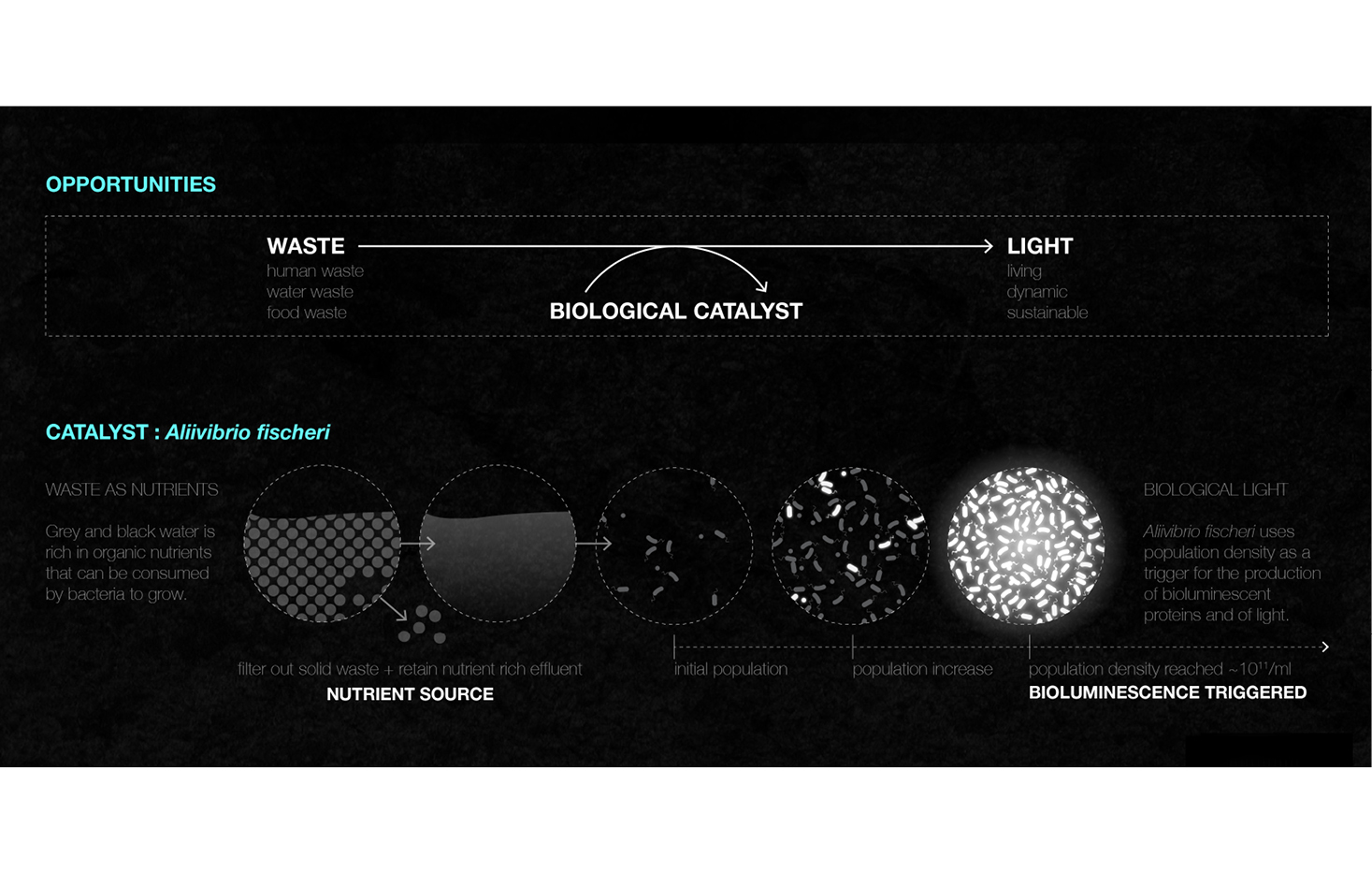 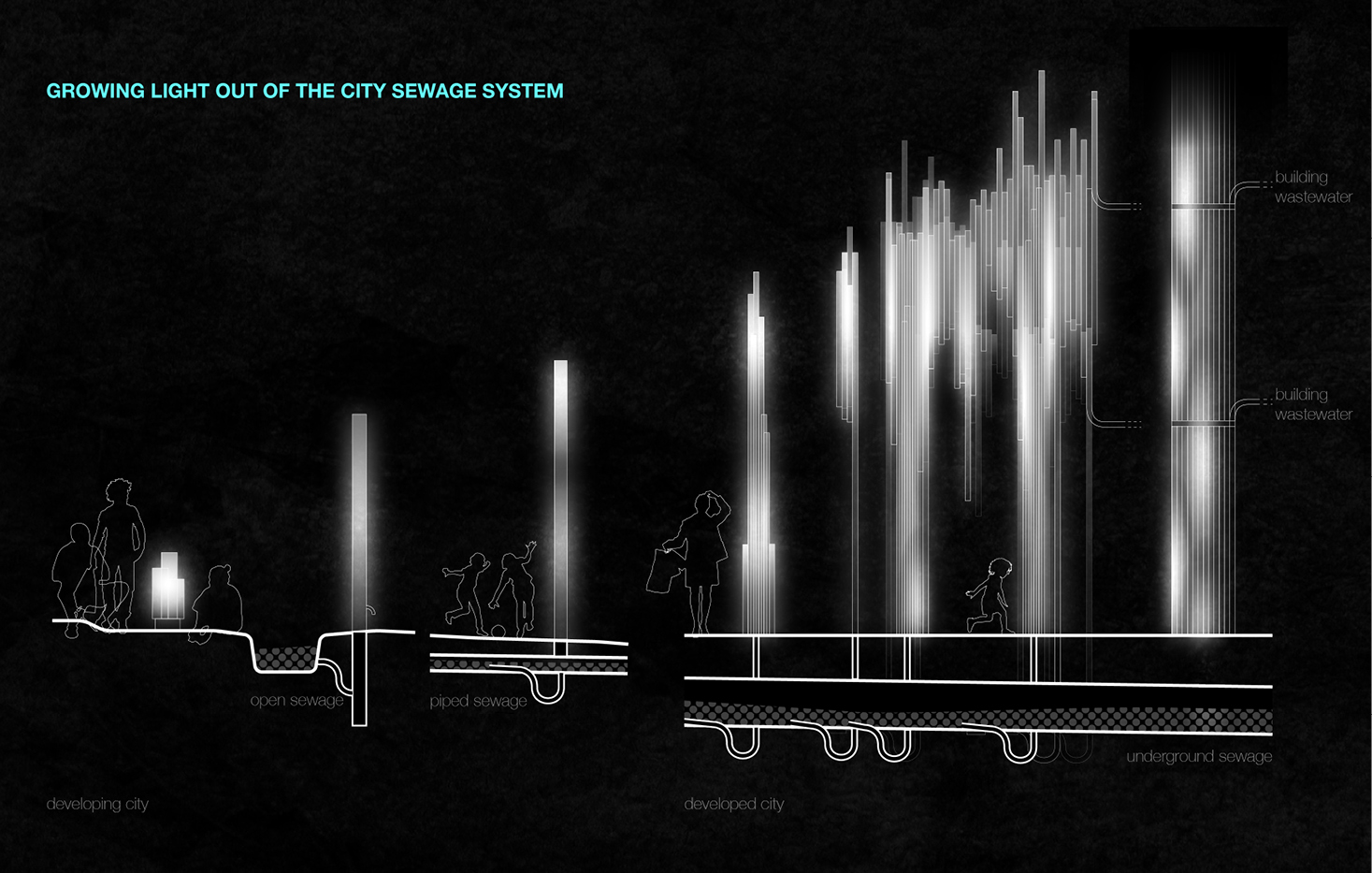 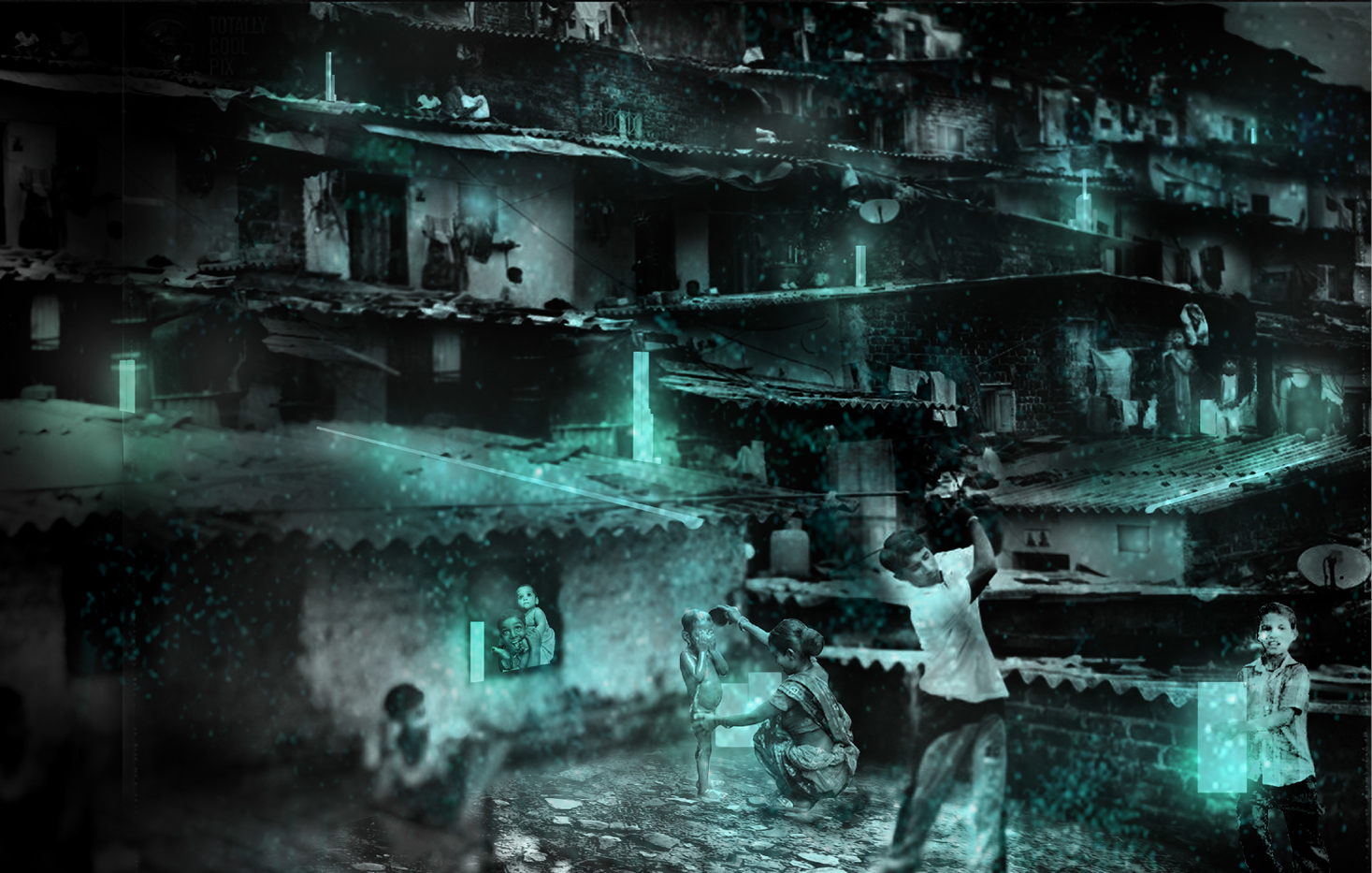 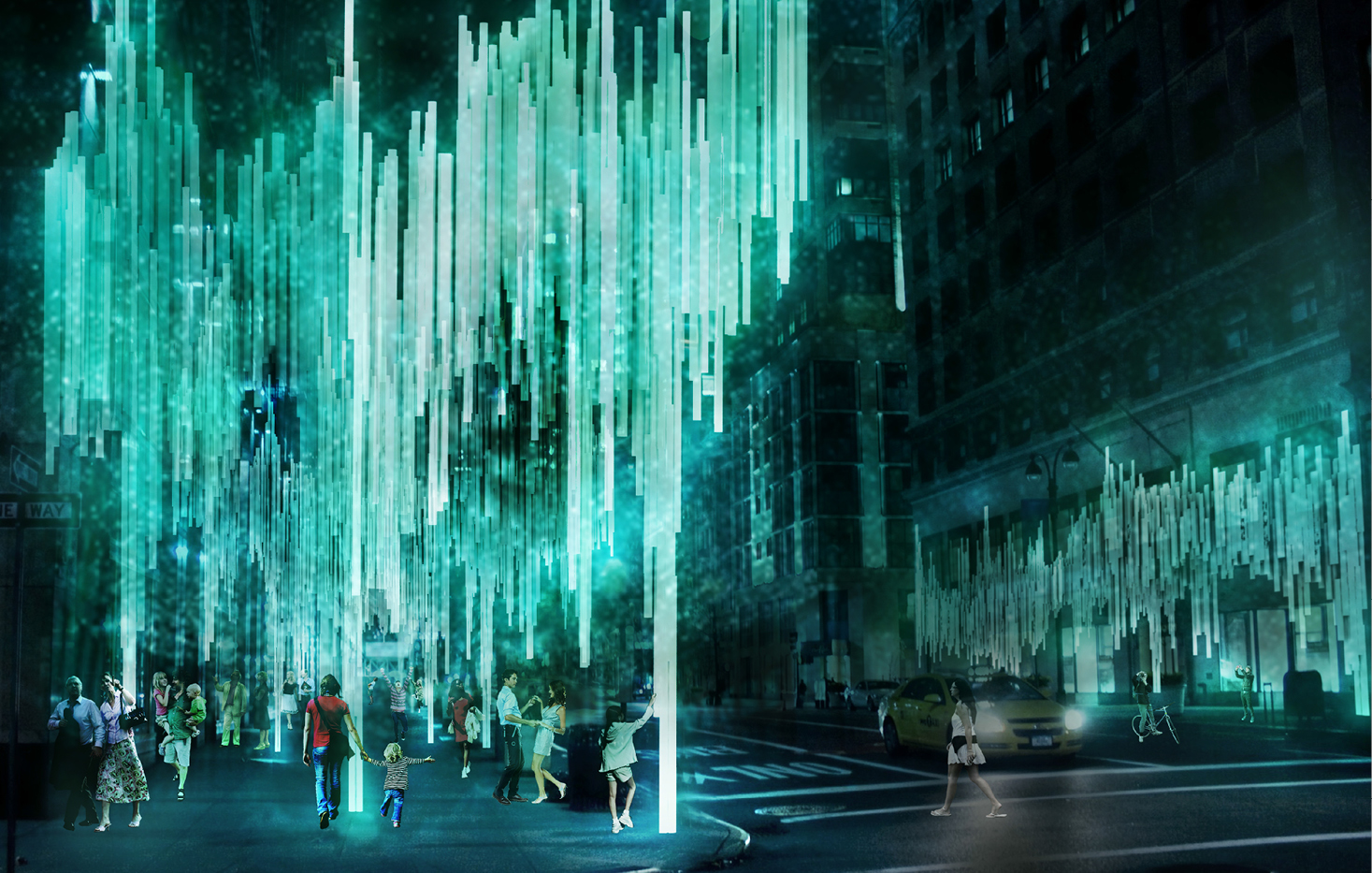 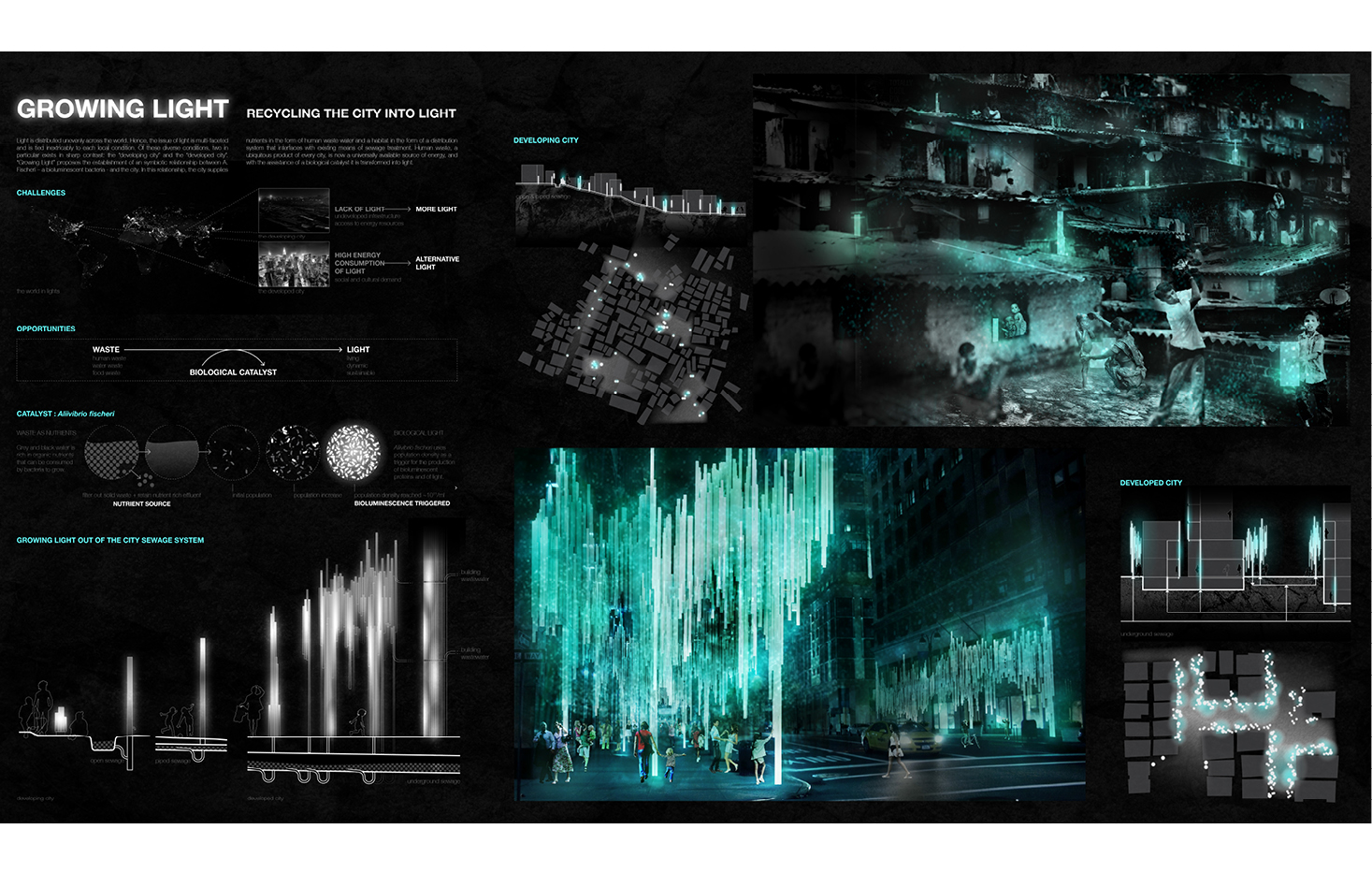 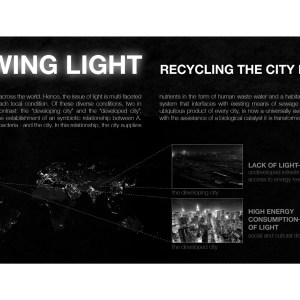 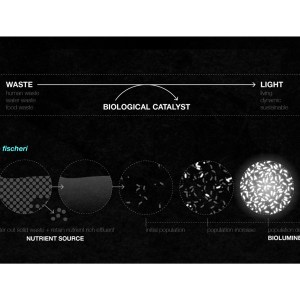 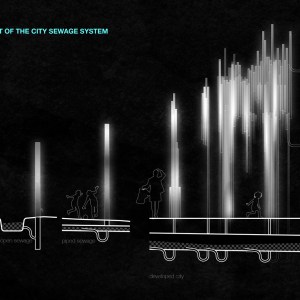 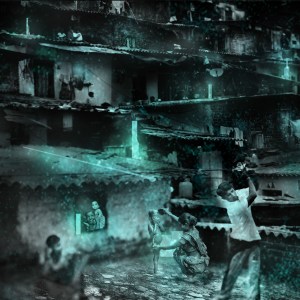 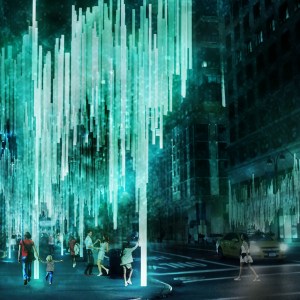 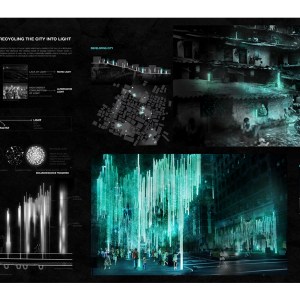 Growing Light proposes a strategy for urban illumination through the establishment of a symbiotic relationship between A. Fischeri – a bioluminescent bacteria – and the modern city. In this relationship, the city supplies nutrients, in the form of human waste water, as well as a habitat, in the form of a new resource distribution system that interfaces with existing means of sewage treatment.

Human waste, an abundant and available product of the urban condition, can be harnessed as a universally accessible source of energy. With the assistance of a biological catalyst and a new lighting infrastructure, the city can literally grow light from its waste.